Yeah, I’ve been gone for a while, but always thinking and planning the next step. You’re just lucky COVID happened and there isn’t any way to travel. Don’t rest, always look behind you, I won’t let it go so easily. 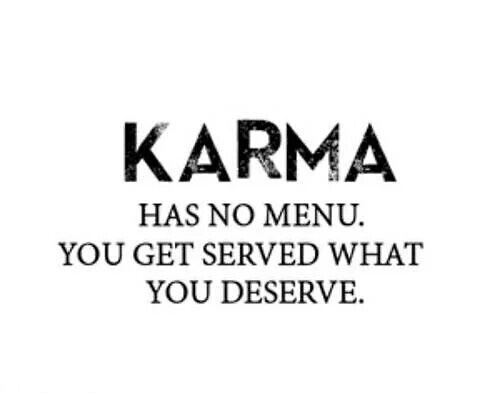 It’s been a while, I wonder if the stalkers in Qatar have missed me?

I might have lost the fight but you will never win the war. Don’t confuse my silence as giving up, I’m contemplating my next move. You will always be looking over your shoulder due to the guilt you have inside. London seems like a good place to try next…you can run  but you can’t hide.

Let your troll representatives have a field day with this post, I’ve got to keep all of you on your toes, I know you’re silently watching and waiting. Until the next meeting……… 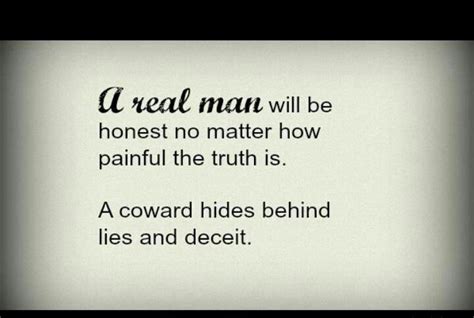 After 7 months of court dates, incriminating evidence and testimony my daughter’s case was denied. It’s obvious having a lawyer and wasta wins all of the time in this part of the world. Perhaps if I had a lawyer things might have been different but I put it all in the hands of God and it didn’t work out this time. I am not saying I will give up, not at all, as long as I have a breath in my body I will fight for my daughter.

I sleep well at night knowing I never lied once in a Sharia court, can’t say the same about other people but in the end there’s really only one judge and he will determine the punishment, I would rather lose in this world instead of the next. Some people are probably still stalking and following this blog so they can have something to file a case on, that’s good, I’m happy knowing some people will never have rest.

I will take a different route, I think it’s time to start bringing this problem to light in other Western countries where students study. In America we have council representatives as well as Canada and England. I will start trying to petition any GCC students from studying until a law is made in regards to the children they leave behind. If a GCC student impregnates a female, married or not the female should have the right to file a case in their embassies. I also feel the guilty student should not be able to leave the country until the case is solved, paternity is made and he should have to pay for the child.

Most of the time the children they have end up being supported by tax payers and by the government of the female’s country. Why should everyone else have to take care of a child when the father has ample means of supporting them. I made this website as a warning to females who think these GCC students ‘love’ them and instead run off back to their home country when they are done using the women because they know that back home under Sharia law the mother cannot lay any claims to him unless they were married.

It’s not over until it’s over.

‘Protect human rights and protect their dignity, mobilize the capabilities of society to understand and exercise their rights and duties, apply the values of social justice and tolerance, promote equality and non-discrimination, stop human rights violations, announce positions and prepare periodic reports that promote human rights in the State of Qatar.’

Here is the link to their website. If enough mothers of Qatari children complain about the actions of their Qatari fathers maybe the country will start to act upon this. The fathers should be held accountable as much as the mothers if not more considering they know they shouldn’t be having sex outside of marriage but continue to lie and cheat foreign women.

Maybe we should email the rulers of countries they visit such as USA, England and other western states and warn them of what the students studying there are doing. I think they should be stopped from going abroad and if they get a woman pregnant they should not be able to leave that country until they are held accountable, be it marriage or monetary compensation.

Women should be more vocal and stand up and let the world know what is happening or else we suffer in silence!

Paternity law in Qatar has many words, yes Qatar is ruled by Islamic and Sharia laws that state:

” The UAE wording on how nasab is to be established to the father adds, after
the conjugal bed, acknowledgement, and [shar`i] evidence, that this can be done
“through scientific methods where the conjugal bed is established.” The Explanatory Memorandum, quoted below, sets out the relationship between the envisaged use of methods such as DNA testing and the jurisprudential rules on “the existence of the conjugal bed.” In the arguments for the need to establish nasab (rather than biological paternity), references are made not only to the range of rights and responsibilities that arise to individuals through filiation but also to the wider societal context:

This article refers to establishing paternity through modern scientific
methods such as DNA testing, which are scientific means of establishing
the definite relationship between the child and his [/her] father; but in
order not to make a mockery of the issues involved in establishment of
paternity, by making it a matter simply of establishing this relationship
through a medical test, the article has linked its ruling to the existence of
the conjugal bed in accordance with article 90. This is to prevent what has
happened in a number of cases, with sperm being taken from a man and
implanted into a woman without there being any shar`i tie between them.

Most of the paternity establishment is made by “married people sharing a conjugal bed” and if the evidence of marriage is not there then there’s no way a man can be the father. We all know that a lot of Muslims, married and not married are sharing everything, not just ‘conjugal beds’ which means there are a lot of children born out of wedlock, mainly in non-Muslim countries and one day those children may come back looking for their fathers. I wish there was a training for students who will study abroad, warning them of the consequences of premarital sex. I would never want another love struck female going thru life wondering about their ex.

In February of 2015 there was an article about “Qatar moves to standardize use of DNA evidence in court” The article states:

“DNA evidence may soon be admissible in Qatar’s criminal courts after the nation’s Cabinet approved a draft law specifying how the powerful investigative tool could be used.

According to a statement released by Qatar’s state news agency, the draft law would make “DNA tests and data kept in DNA database to be authoritative in evidence unless proven otherwise.”

DNA evidence can identify a suspect with near certainty when samples such as hair and bodily fluids are collected and analyzed properly.

Two lawyers who spoke to Doha News said they have not seen such evidence presented in Qatar’s courts, suggesting it is not commonly used here.

Up until now, it was left to a judge’s discretion as to whether to admit DNA evidence, former Qatari justice minister Najeeb al-Nuaimi told Doha News. However, if passed, the law would require judges to allow DNA evidence to be presented, he said.”

And: “He added that he doubted it would have a great effect on the local legal system as DNA evidence is “usually used in murder, rape and other cases to prove paternity, which aren’t many in Doha,” he said.

“Defendants usually admit to the crime in the cases I’ve handled, so there was no need for DNA evidence,” he added.”

I’ve also found the Family Law outline of Qatar and read this:

Article 93
Parentage may be proved by the testimony of two men or a man and two women.

Article 94
Proof of birth and identity of the Child born may be established by the testimony of one Muslim,competent witness, male or female.

In spite of everything that’s going on I do love Qatar as a country. It’s a clean, modern and beautiful place to visit and I recommend it to any and everyone. The people are all friendly and are willing to help you out with anything you need. 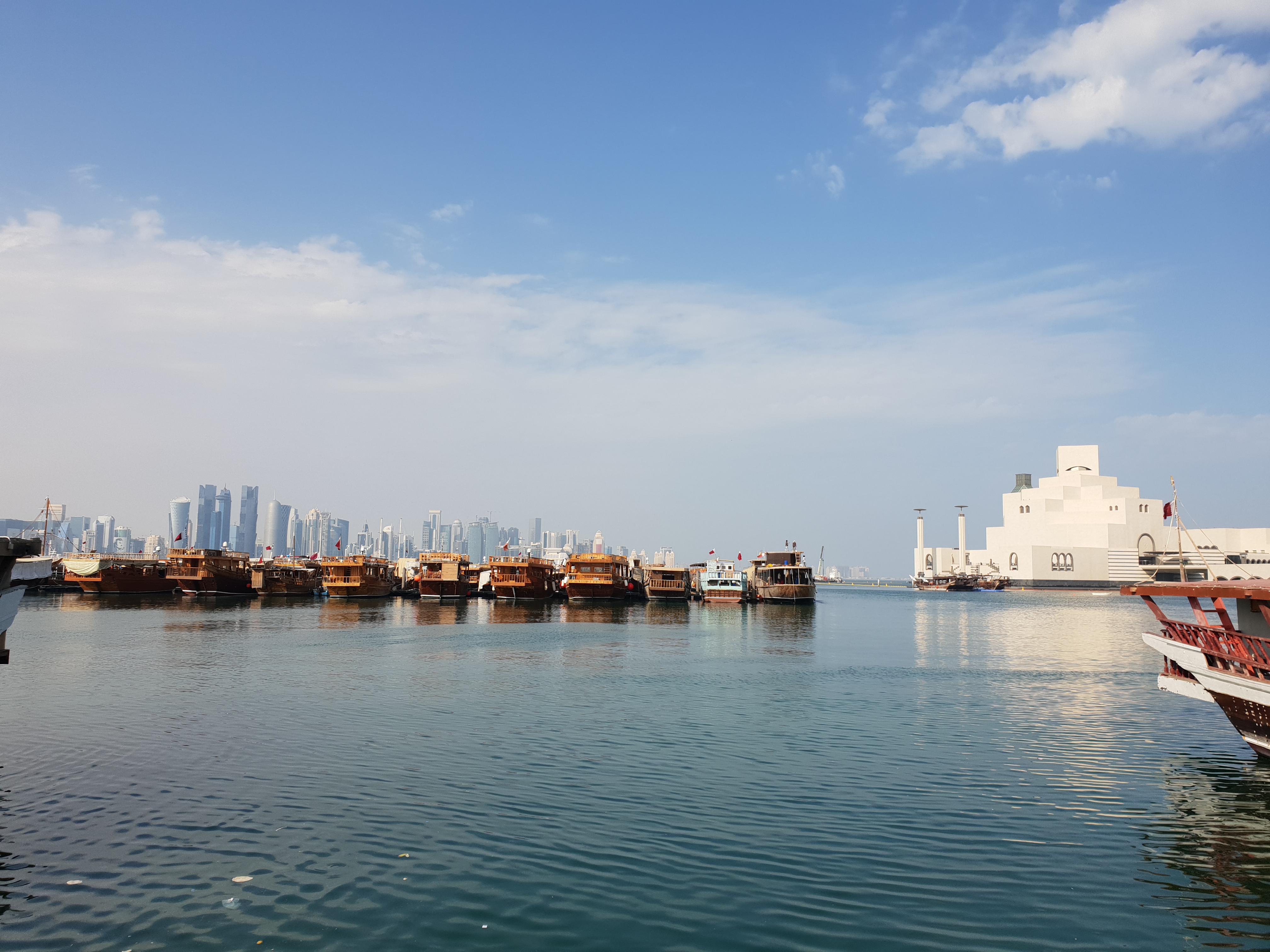 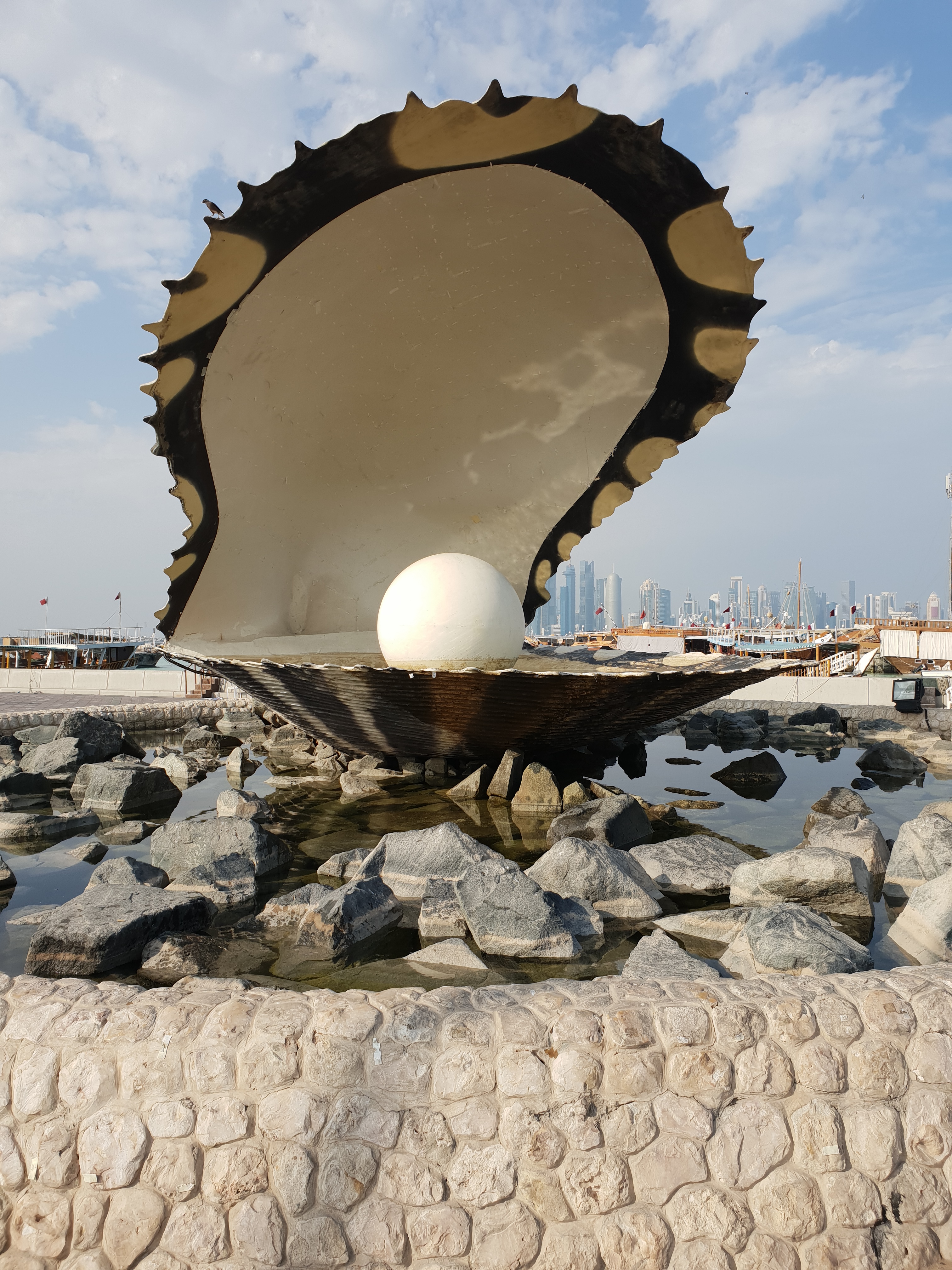 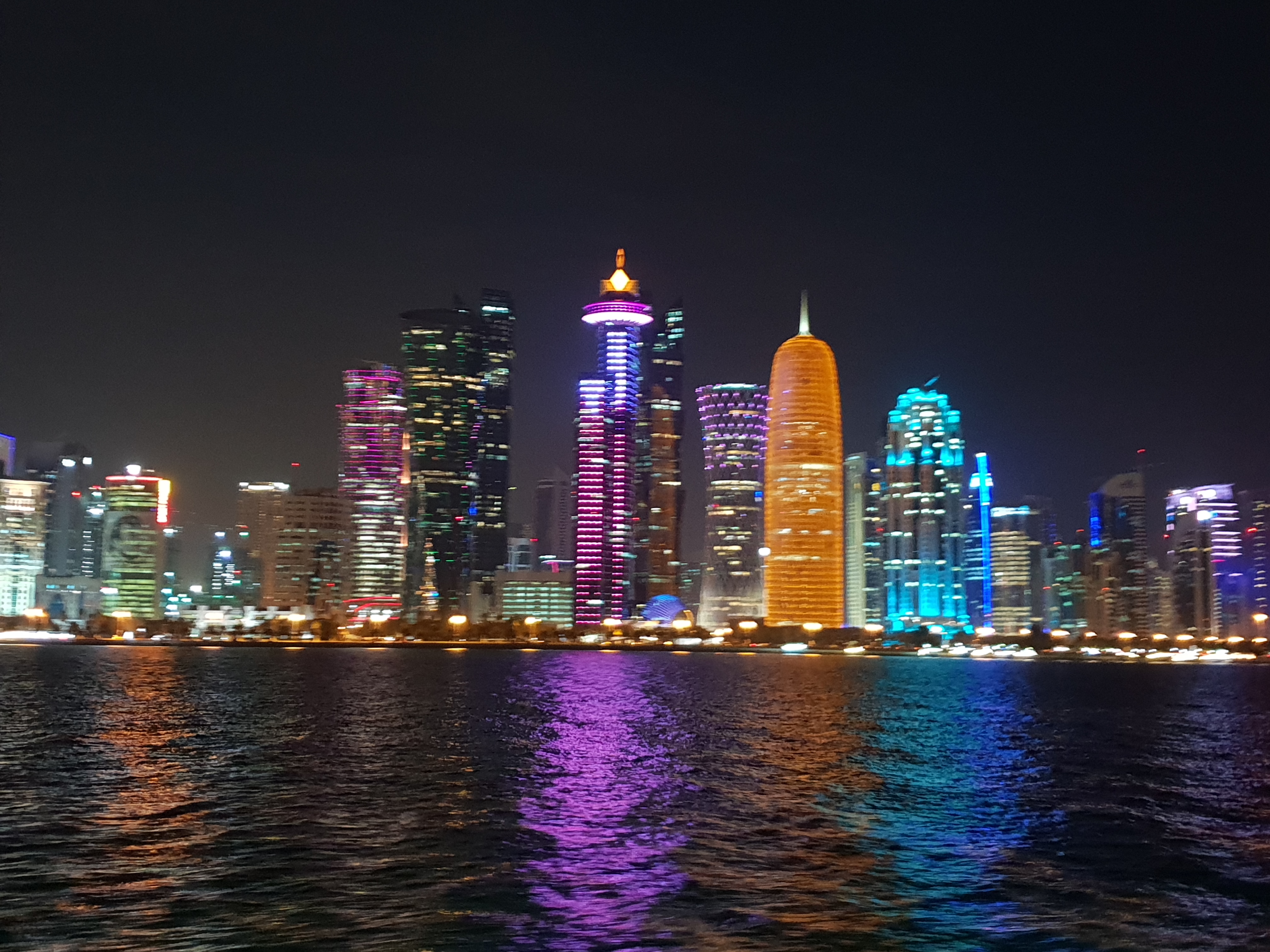 It seems as if some people forget this life is temporary and what they do today they will answer for in the future….. 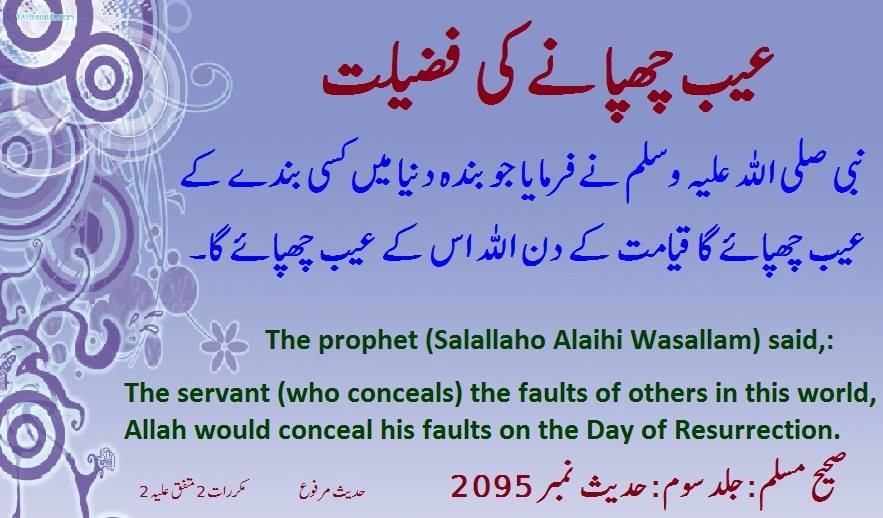 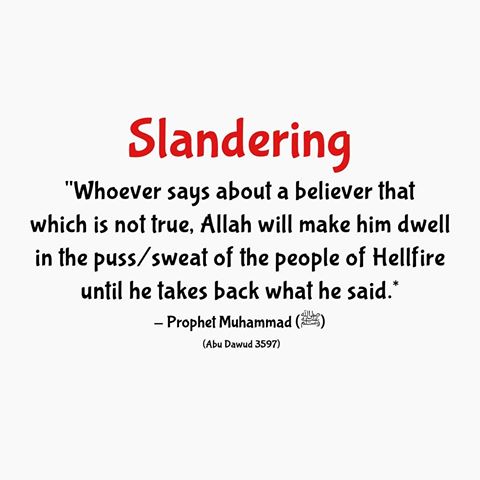 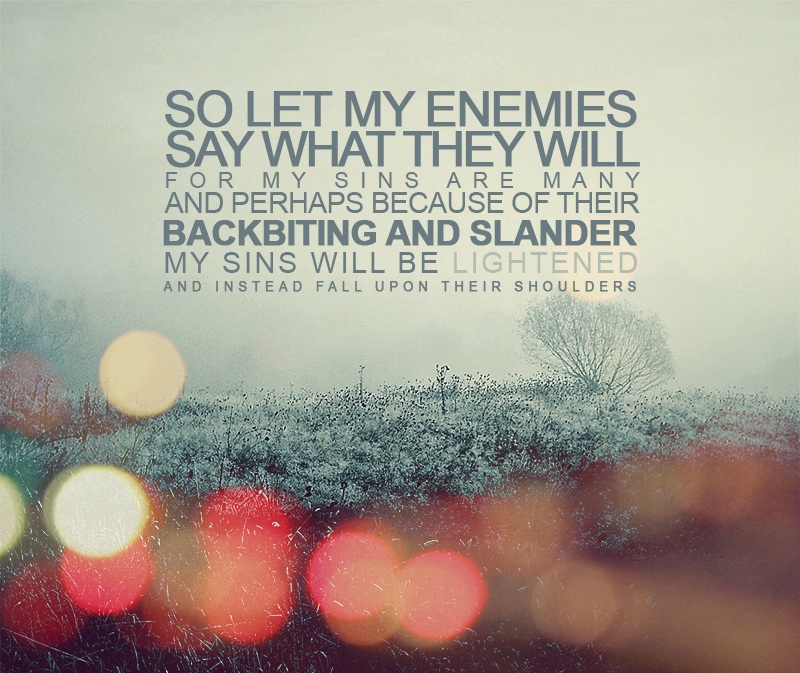 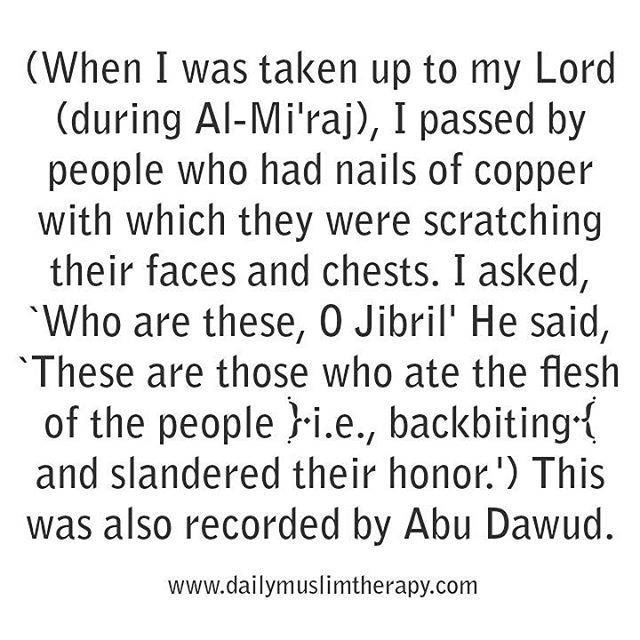 Due to the judge’s orders that I do not post anything about the current court proceedings I have put my blog on lock down until this is all over with.

Thanks for your understanding:)

When I started this website it was not only for myself but for other women out there facing the same issue of Qatari students leaving their kids behind with no second thought. This website is an outlet for me to express my frustration with my ex and try to prevent other women from suffering this same fate. Again, if they don’t marry you and only talk then walk away as they are only out there to play and then go back home and more than likely have an arranged marriage.

I never would imagine my site would be used as evidence in the family court against me! After 13 years of being told to make a DNA case by the father of my ex here we are, his son refuses! I can’t even write what I want any more because I know people in Qatar are stalking my site for evidence which is one of the reasons I don’t post that much.

I will address this with the Human Rights Organization in Qatar because I don’t feel what they are doing is right. All I wanted was my daughter to have her rights as a Qatari and I’ve got a defense lawyer who tries to shut me up, have me banned from the court and silenced completely for stating the truth. A cyber crimes case against me as if I posted something awful, the truth is the truth! It could have been easy but you want to make it hard because you are afraid of the truth coming out and being judged?

You have no other children! She is your blood! How could a father deny his only child? 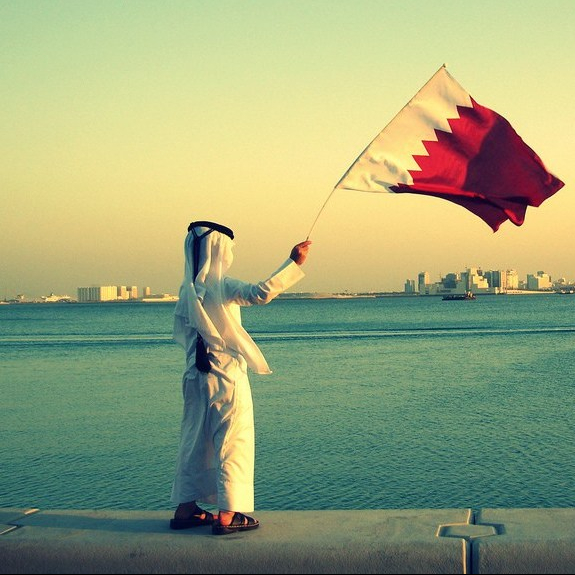